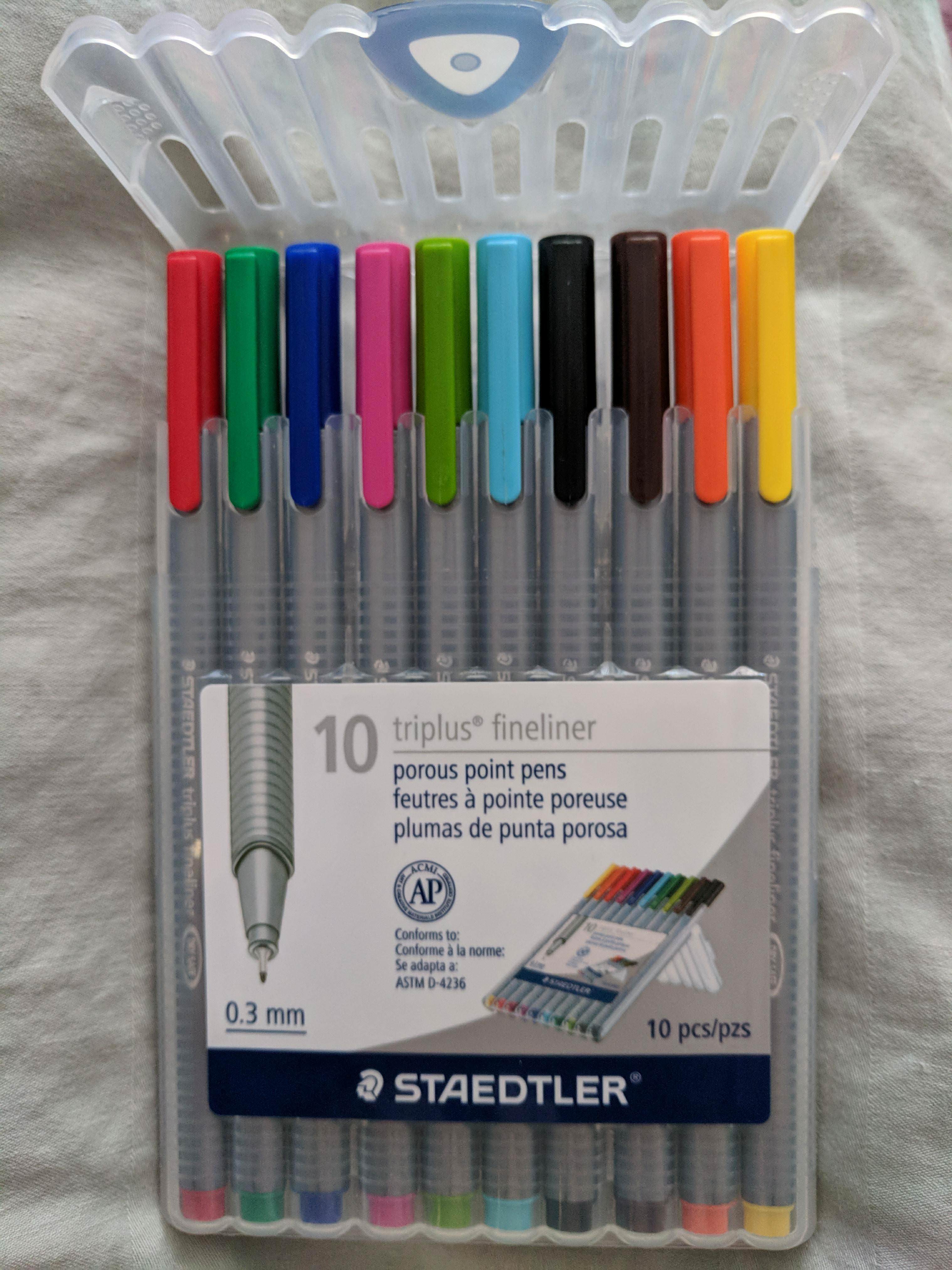 I got a set of Staedtler pens recently, and they have easily been the best purchase I’ve made in a long time. It’s easy to keep notes organized when I can so easily colour-code things. My professors have had a few laughs at how vibrant my tests and exams have been lately. That being said, there’s a problem.

I’m having trouble deciding what order I should keep them in, while they’re in the case. Currently, I have them organized (left to right) RGB, alternative RGB shades, very-dark separators, then two outliers. It seems strange, though, to have orange in the outliers section, because orange is sort of a red-ish shade. I’ve decided to try a different approach.

There’s an image of the product on the front of the product (which is nicely recursive), that has the order in which the colours are placed into in the factory. 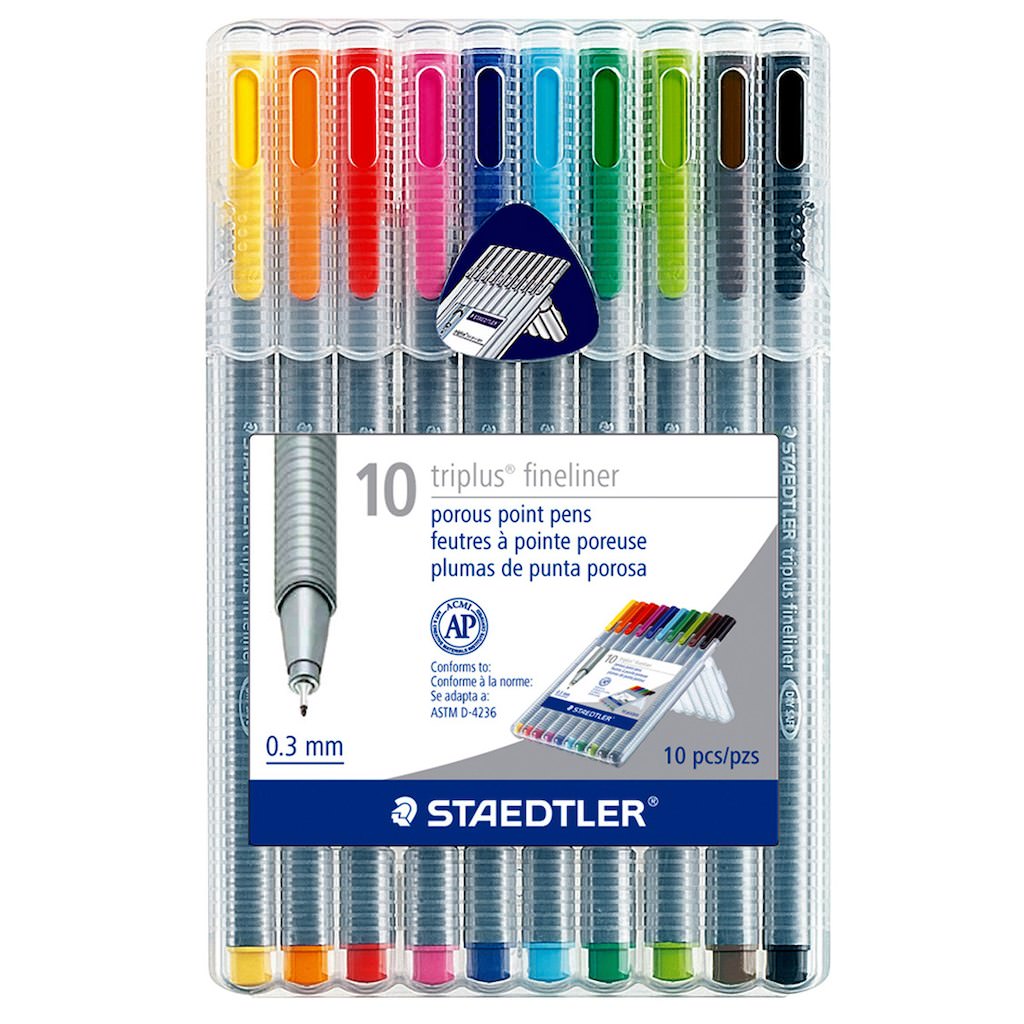 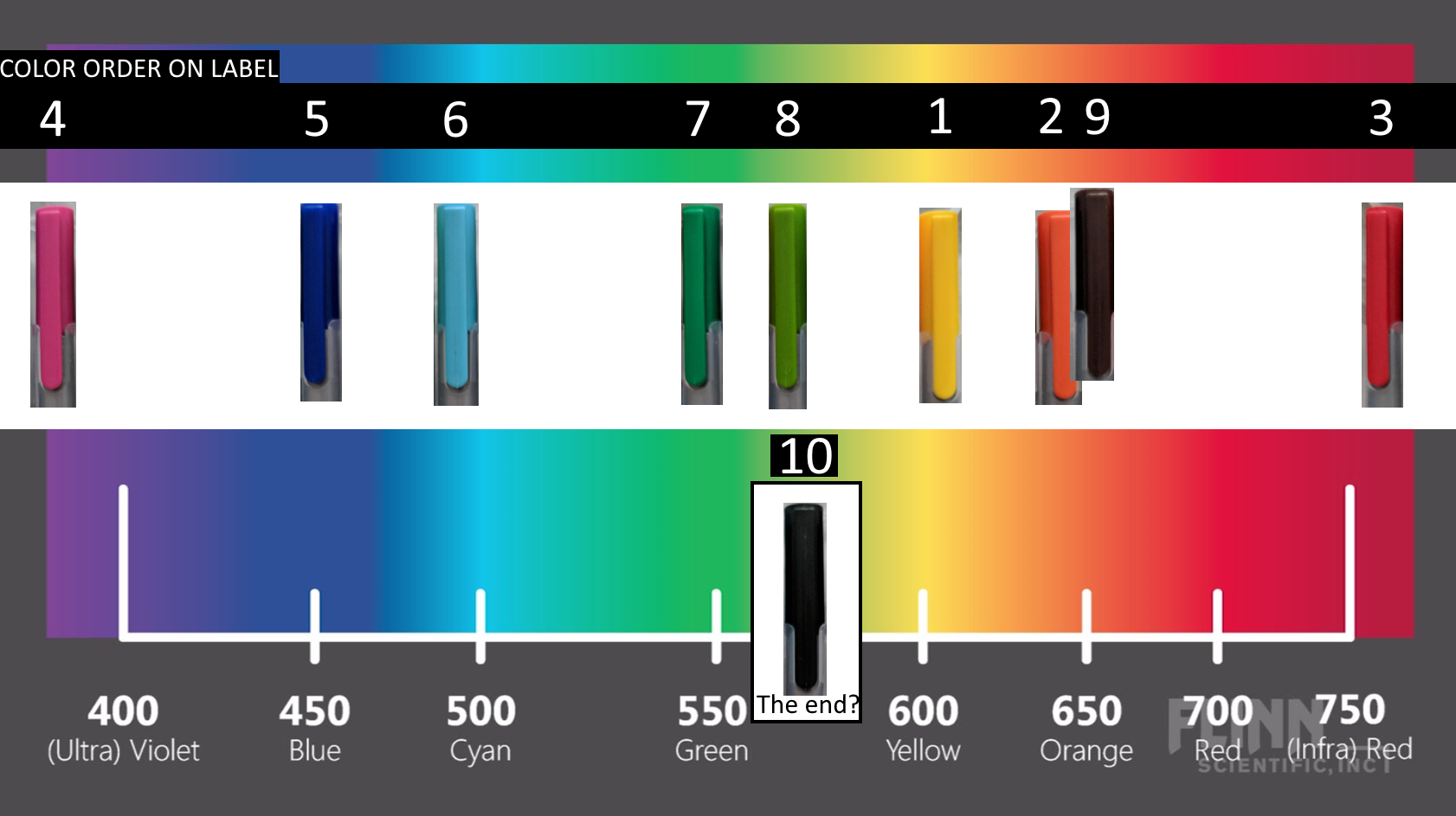 It seems to be sort-of following the visible light spectrum, starting in the middle. I think it seems sort of strange to include dark brown and black at the end, separating the 600nm to 750nm range and the 400nm to ~550nm range (if we’re looping back around the spectrum). 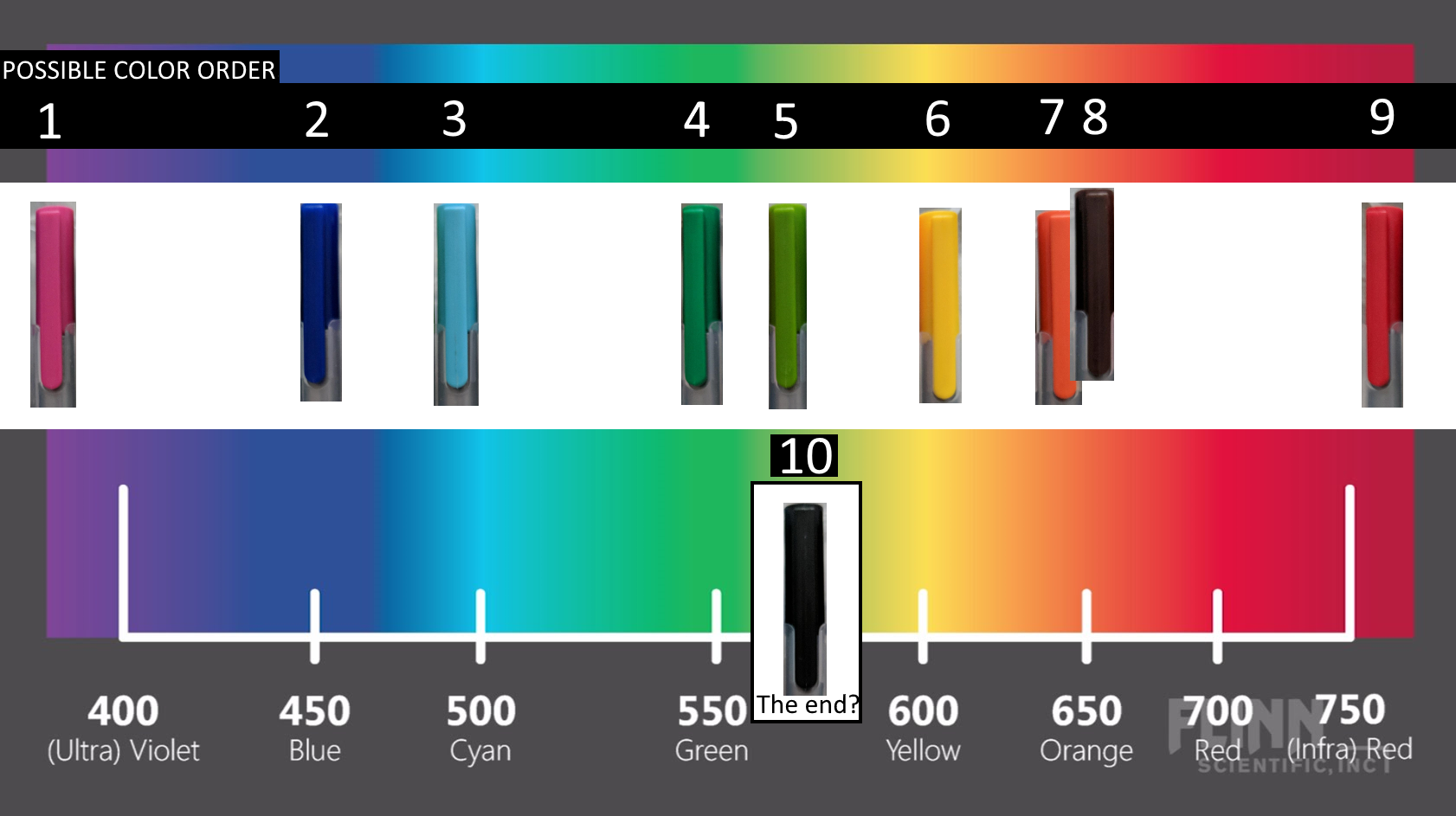 Say we order the pens explicitly based on the spectrum. It’s a neat concept, but some colours look a bit out of place because they’re darker shades (like brown, which is just “dark orange”). Still, it satisfies the criteria of being a logically-sound ordering of the pens. 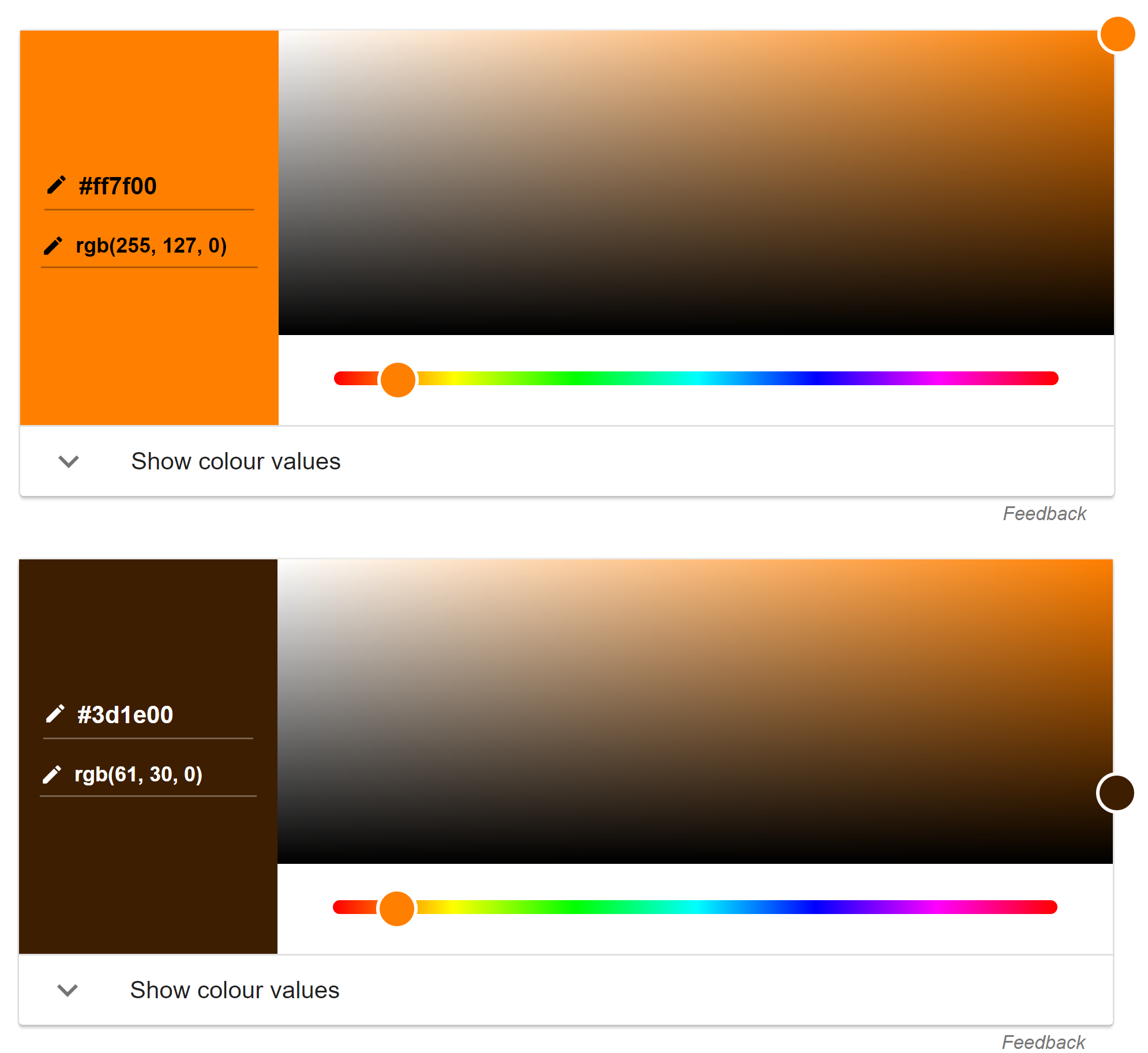 Another idea I had was to determine the magnitude of each colour from black. This would roughly order the colours from darkest to lightest, and be a bit prettier than the last. Unlike the visible spectrum option, this one relies on the RGB colour space, which has room for brown. I took an image of the ink of each pen with flash. I then used the dropper tool to grab the hexadecimal colour code from each colour. 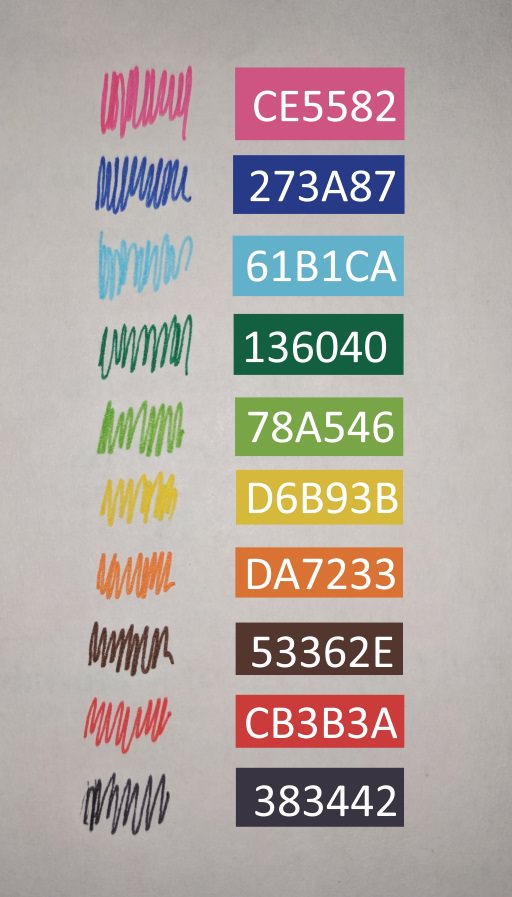 I plotted the colours on a 3D graph, and drew lines from the origin (black) to the individual colours. The numbers displayed next to the points represent the rounded magnitude of the vector.

From this, we can see that the colours can be arranged as the following:

Interestingly, though it looks lighter, LIGHT GREEN has a lower magnitude than RED. This is likely due to the fact that green light is more readily accepted by the cones in the eye, and therefore appears brighter. In the below graph, you can see that the 520ish nanometer range is covered better by all cones than the 650nm+ range.

Anyway, I think my final ordering is going to follow the RGB origin-colour magnitudes, in ascending order. It seems more sane than the direct wavelength placement method, and much less arbitrary than my original method. 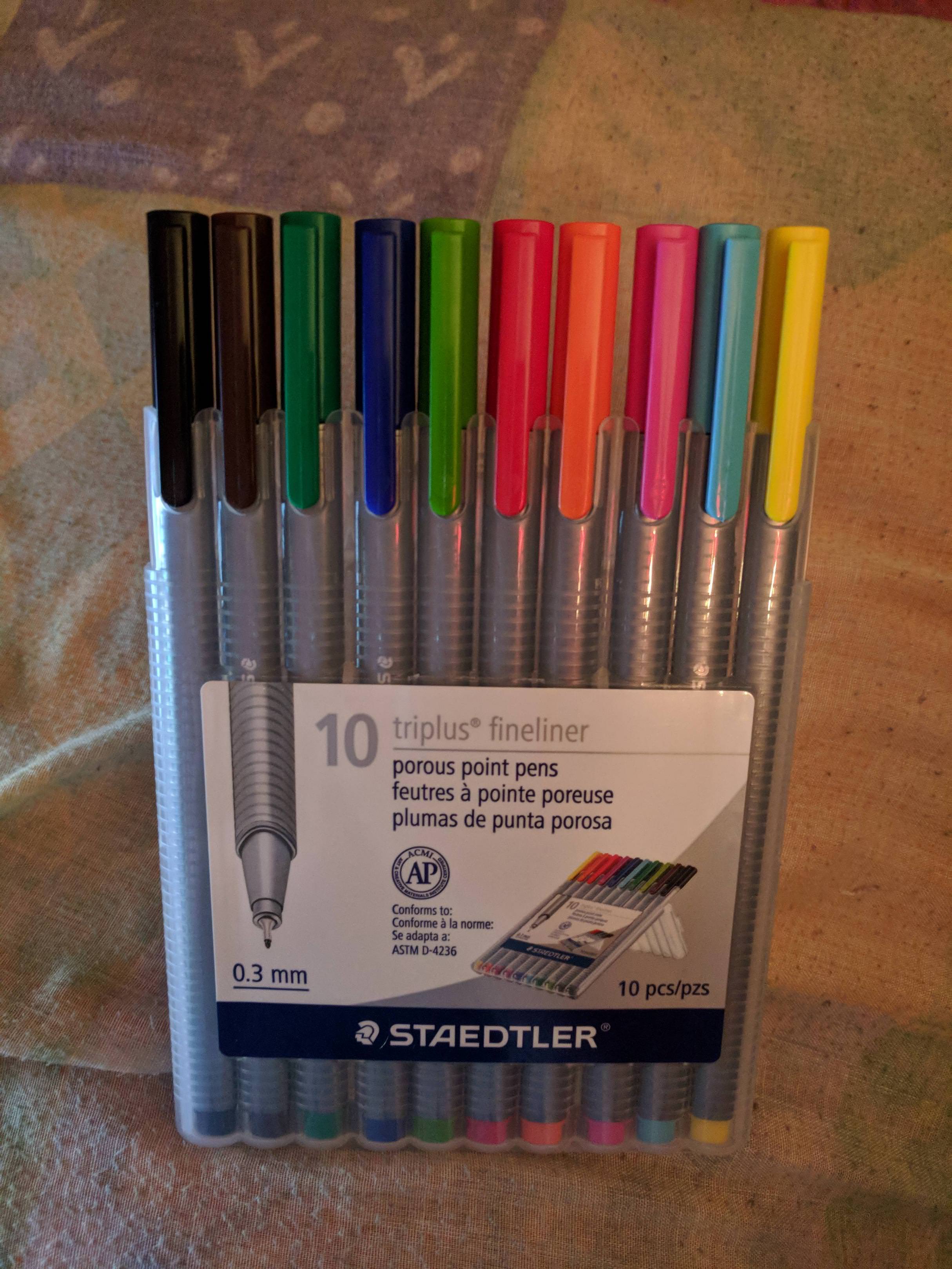